February 2023 will be three years of delay for this journey because of COVID-19. Despite this, we will make a comeback and “return to where it all began!” To ensure that everyone will thoroughly enjoy this Heaven & Earth Pilgrimage in 2023, Le Ly was in Vietnam last March to find more hot spots and special destinations to visit. She organized some events and reconfirmed the daily itinerary. Le Ly will return to Vietnam in the summer to plan for the accommodations, transportation, and scheduling of a Vietnamese tour company. In addition to this, the Cinema and Writer Association has agreed to host us in Ho Chi Minh City and show Heaven and Earth for its 30-year anniversary celebration. Viet Nam, here we come!

Our group will visit sites where significant events took place 50 years ago. Some of us will remember vividly the suffering and destruction that took place all over Saigon during the 1968 Tet offensive. We will explore the secret headquarters where the Vietnamese fighters hid for 2 years while planning the offensive, some of them captured.  We will meet some women who organized the commando and special forces units in the south to attack the US and South Vietnamese forces throughout Saigon in the 1968 Tet offensive.

Also, projects and activities related to the legacies of the American War in Vietnam are planned. Many Vietnamese people are still enduring horrible consequences from the war even to this day. Unexploded ordinances, dioxin contamination from Agent Orange are but a few of the problems still facing the Vietnamese over 40 years after the war’s end. We will meet colleagues who are working with us to reduce and eliminate these ongoing threats. Perhaps the spirits from the heavenly world could also help, according to Le Ly!

– Save the date! On November 13th, we will be hosting a red carpet event in Los Angeles for a red carpet, screening of Heaven and Earth, and Kickoff Gala Event for our tour guests. 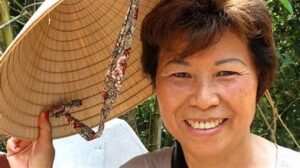 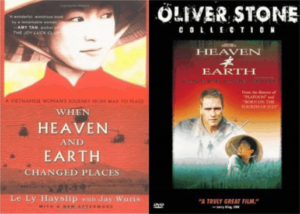 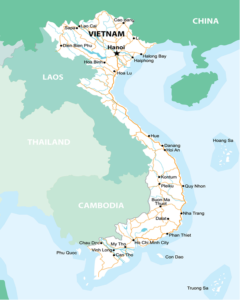 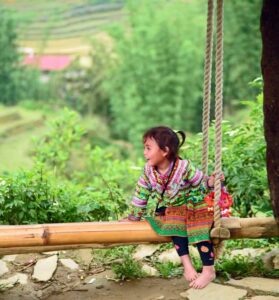 Author and humanitarian Le Ly Hayslip will lead this amazing trip. When Heaven and Earth Changed Places tells the story of Le Ly’s life as a young peasant girl at the outbreak of the Vietnam War and on through the entire conflict. Her second memoir The Child of War, Woman of Peace tells of her struggles in the US as an immigrant. Oliver Stone subsequently adopted both of her books into “Heaven and Earth,” the third film in his trilogy of the Vietnam War, following “Platoon” and “Born on the 4th of July.” Raised during a time of great conflict in her country, Le Ly has lived in the US since 1970. Le Ly has made it her life’s mission to build bridges between the two countries and by rebuilding her motherland and ancestral village.

In March of 1986, Le Ly Hayslip returned to Vietnam and her family home for the first time since leaving the country in 1970. In Vietnamese culture, everyone refers to one another with terms like Ong/Ba, meaning, Grandpa/Grandma, or anh/chi, meaning brother/sister, and con/chau meaning nieces/nephews, as if we are all one big family. For Le Ly, her idea of “home” encompasses all of the graveyards, temples, and shrines for the spirit world. This includes having a traditional altar in the middle of each family home for the souls of ancestors, and at Le Ly’s home there are many spirits houses around. The spirits of the living and the dead are part of the “universal family.”  This is what draws Le Ly back, time and time again. She believes her ancestors are working through her to heal the both the living and the dead.  She invites you to join her on this pilgrimage, and to experience something truly special. As you travel with us, you will understand the meaning behind Heaven & Earth.

34 years ago, Le Ly’s newly-inaugurated East Meets West Foundation commenced its mission of healing the wounds of war in Vietnam. In the Spring of 2022, we return to “where it all began.” Our group will visit sites where significant events took place 50 years ago, where some of us will remember vividly the suffering and destruction that took place. We’ll witness projects and activities related to the legacies of the American War in Vietnam. Many Vietnamese people are still encountering horrible consequences from the war even to this day, including unexploded ordinances and dioxin contamination from Agent Orange. We’ll meet Le Ly’s Vietnamese friends who organized the “commando unit or special forces” in the south to attack the US and south Vietnamese government throughout Saigon in the 1968 Tet offensive as well as colleagues who are working with us to reduce and eliminate these ongoing threats. Perhaps the spirits from the heavenly world could also help, according to Le Ly!

There will be opportunities to visit historical houses of leaders of liberation headquartered in the South, and cultural sites that trace back from the Champa times in Vietnam’s development and the arc of the nation’s engagement with the rest of the world. For centuries, this was not only a painful saga, but also brought the Vietnamese and all parties involved with bad karma, which resulted in the invasion and subjugation of Vietnam by other influences. This was true, up until Vietnam achieved its independence in 1975 at a great cost and the sacrifice of so many millions of people. We will meet many women who will share their sacrifices. You’ll meet new friends in our delegation with a common connection: Le Ly will share fascinating experiences about her ancestors’ spirits, and her philosophy about death and survival.

This pilgrimage has much to offer those who are ready to embark on a spiritual journey, whether you are a veteran, the spouse of a veteran, a non-veteran, an anti-war activist, or even just young and curious about why the US was there in the first place.

Vietnam: few places conjure up so many images! From spectacular white sand beaches to lush verdant jungles to small villages alongside paddies of a thousand years to teeming modern cities. From ancient, Buddhist temples, 19th century French Colonial architecture, and modern cities, Le Ly has many surprises planned for us when we get there. So, let’s start our pilgrimage!

NOTE: While this tour is in partnership with Essential History Expeditions, we are not organizing or leading this tour. EHE is supporting Le Ly Hayslip in her Heaven & Earth Pilgrimage tour. For more information on the tour, please contact sheryl@historyexp.com. 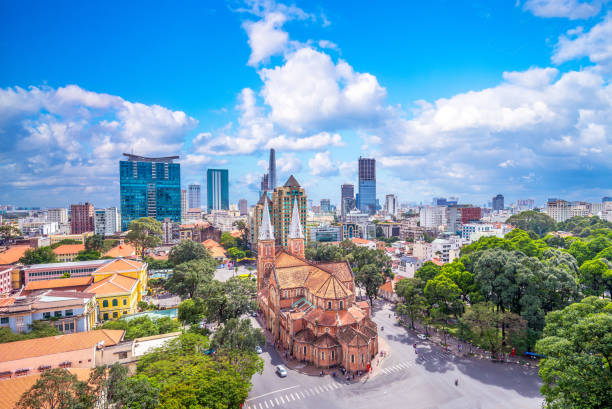 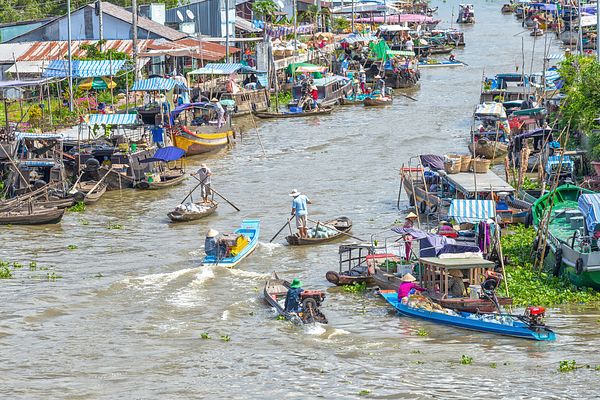 Meals: Breakfast at hotel. Lunch Included. Dinner Independent. Le Ly will take you to Pho 2000 where President Clinton had dinner when he visit HCM City in 2000. Story to share!

Meals: Breakfast at hotel. Lunch Included. Dinner Independent. Dinner at Morning Glory, run by a friend of Le Ly’s, Ms Vi, who is known for the best Cao Lau in town. Story to share! 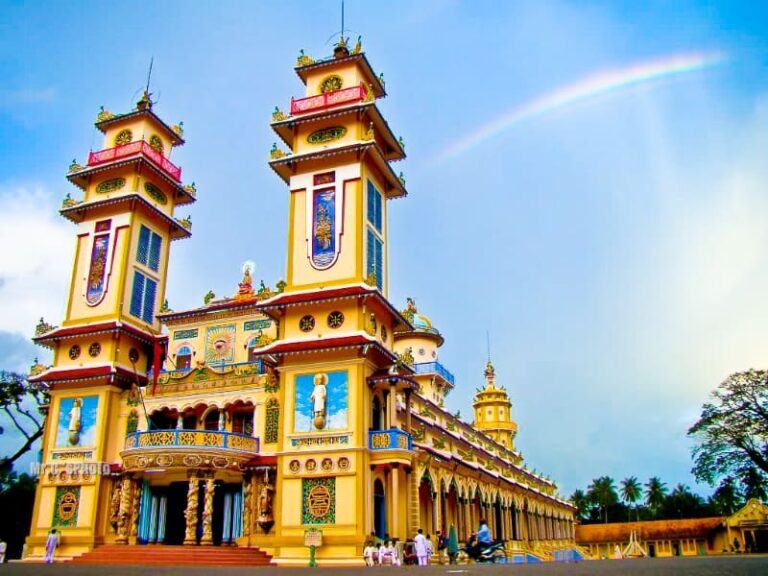 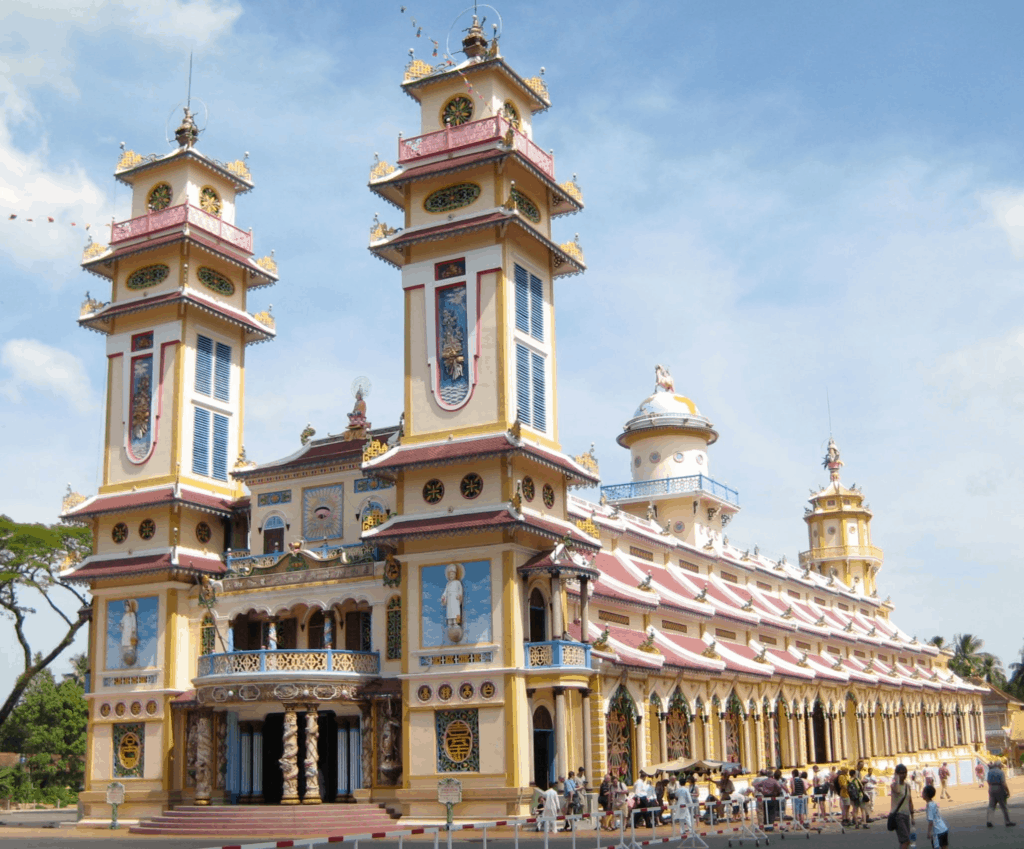 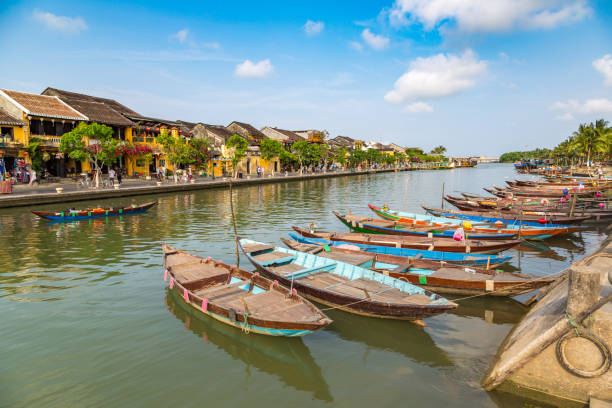 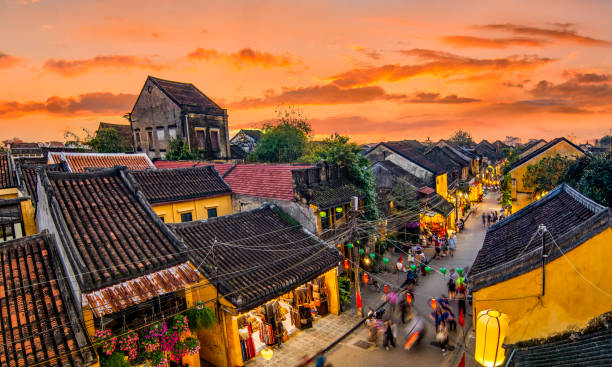 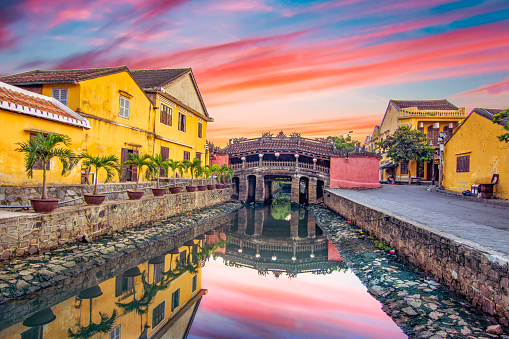 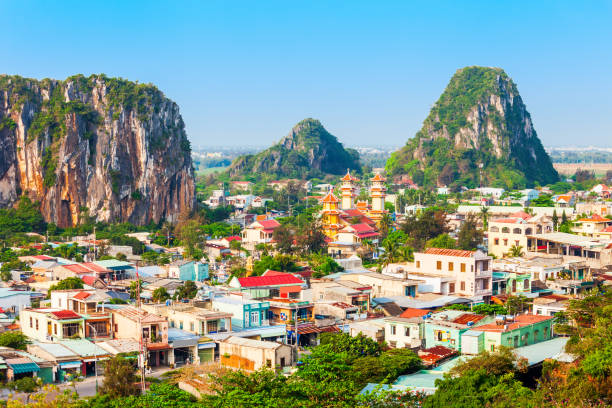 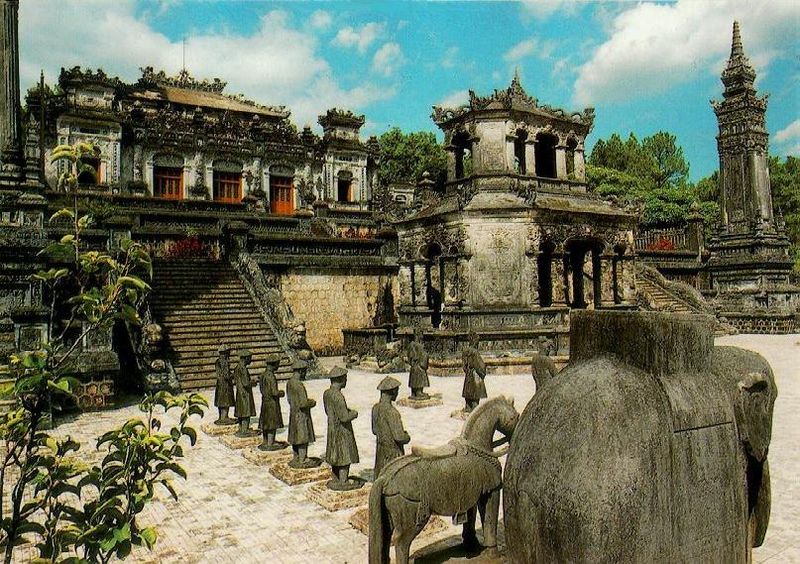 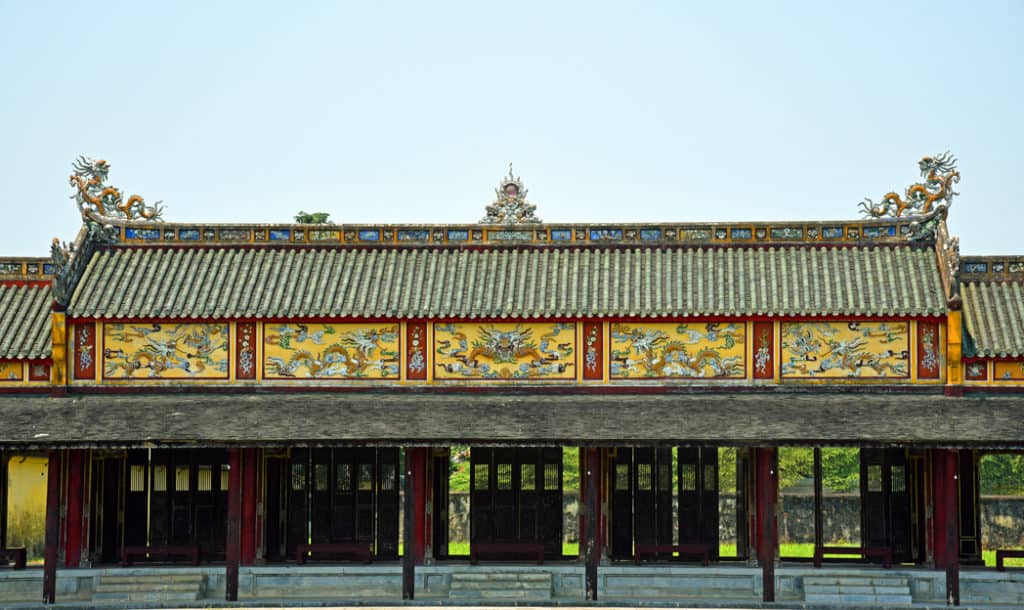 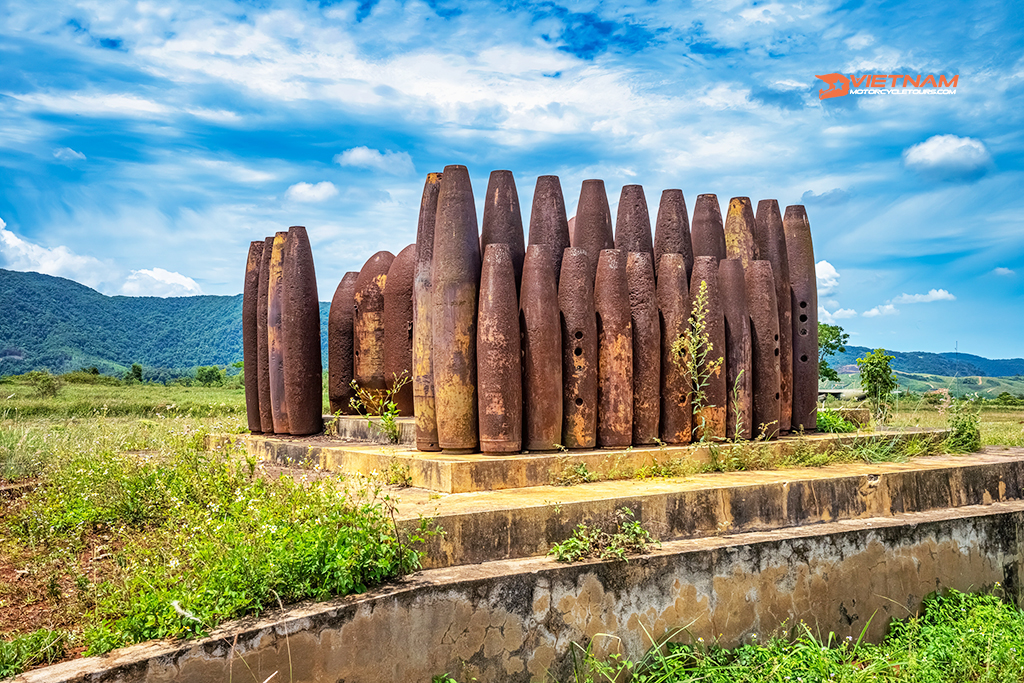 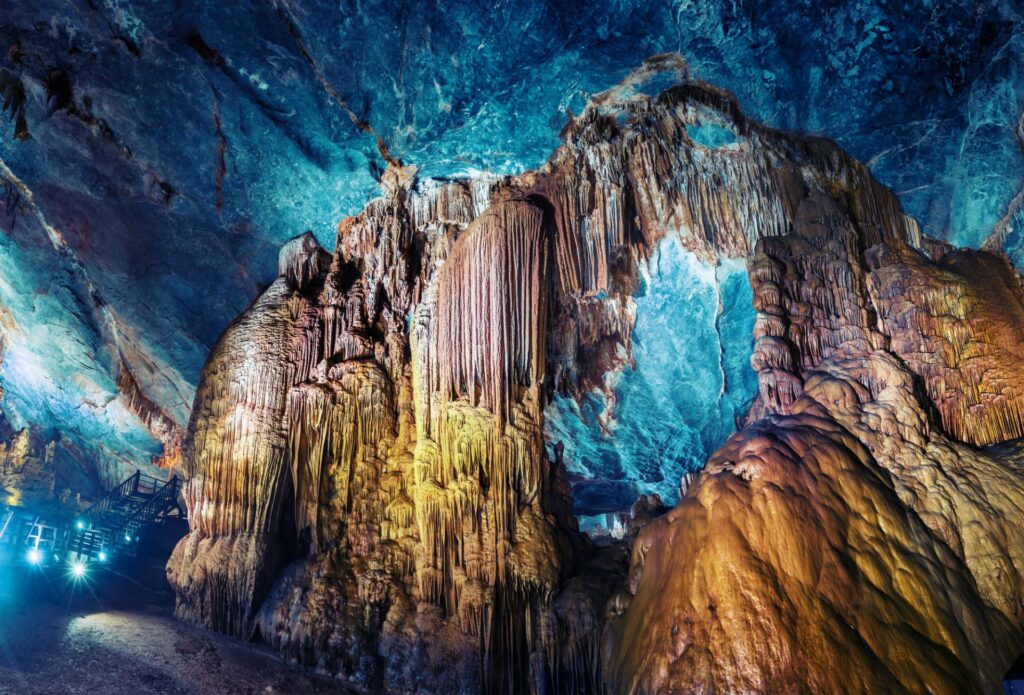 Meals: Breakfast at hotel. Lunch and Dinner Independent. Lunch at a Chinese restaurant at the lake. 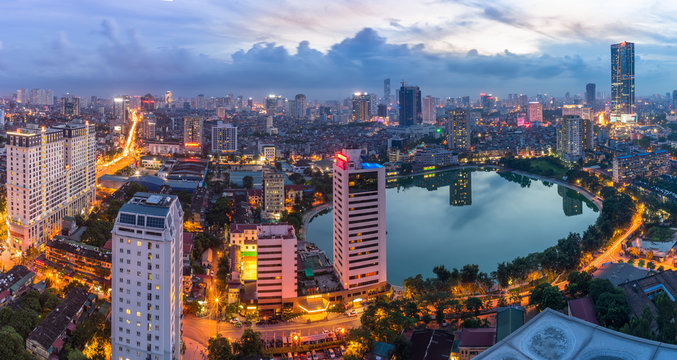 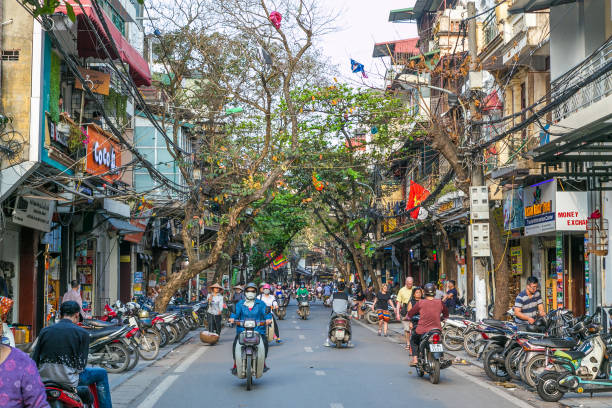 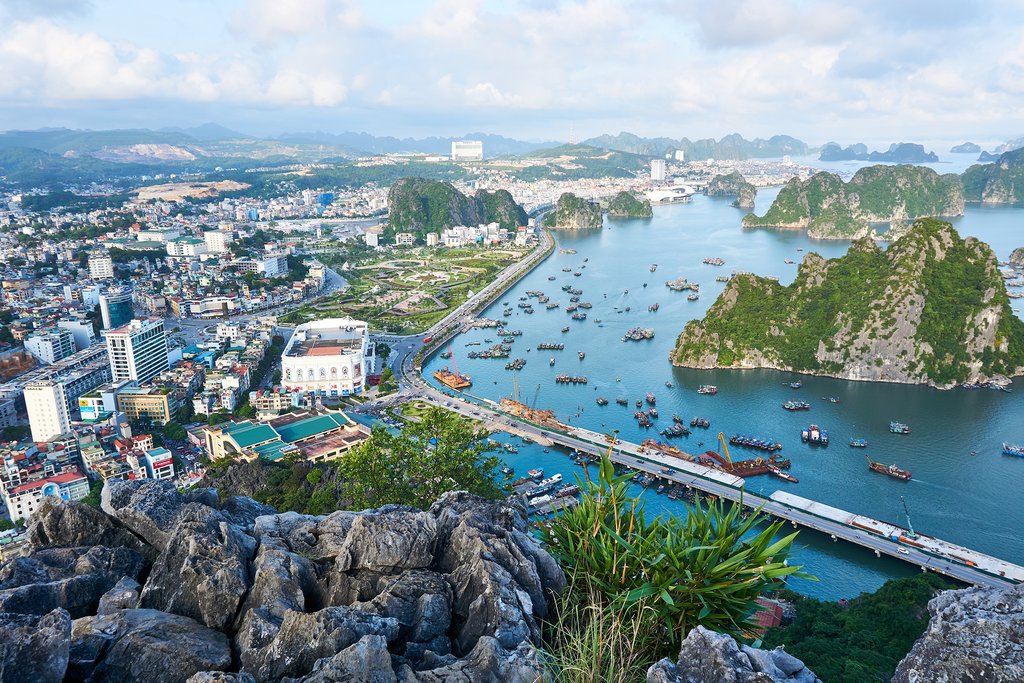 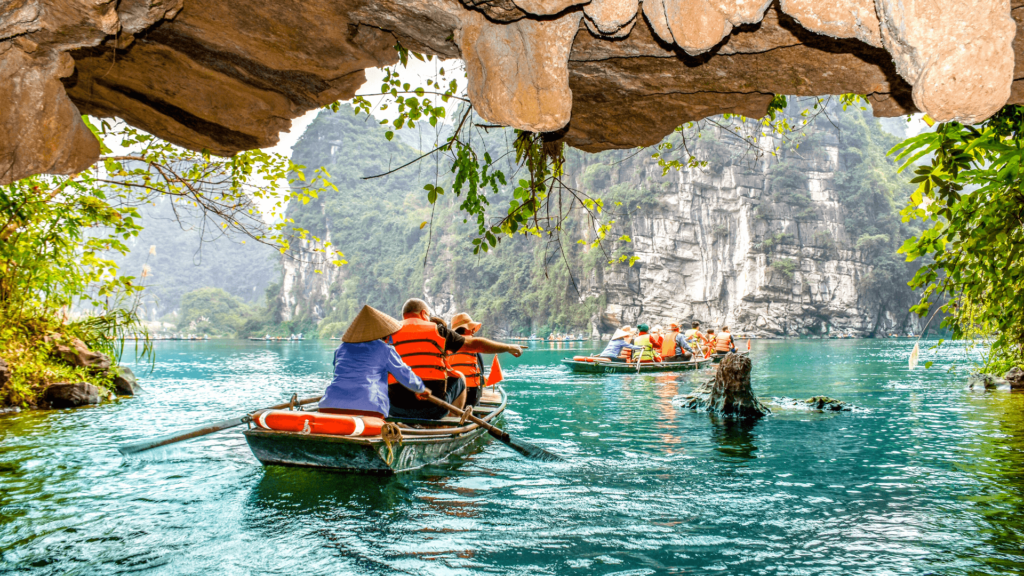 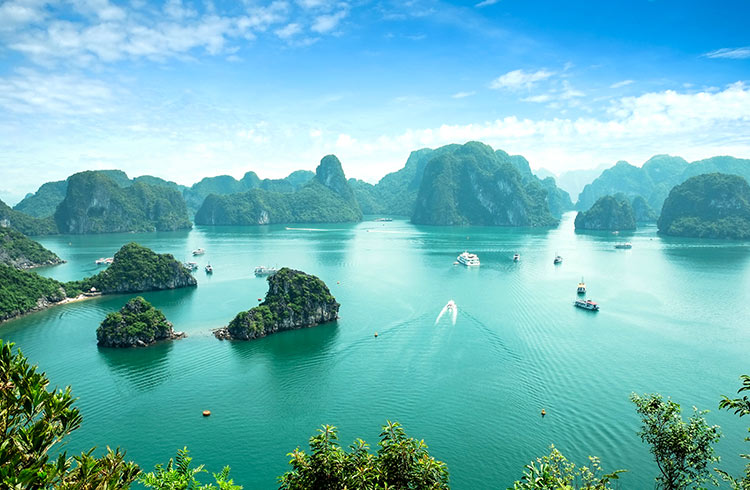 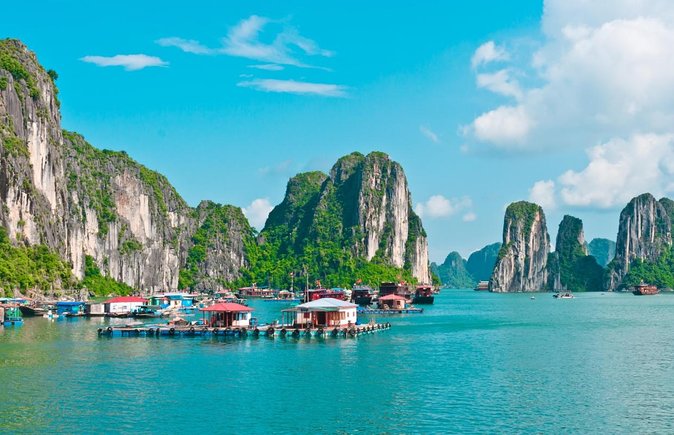 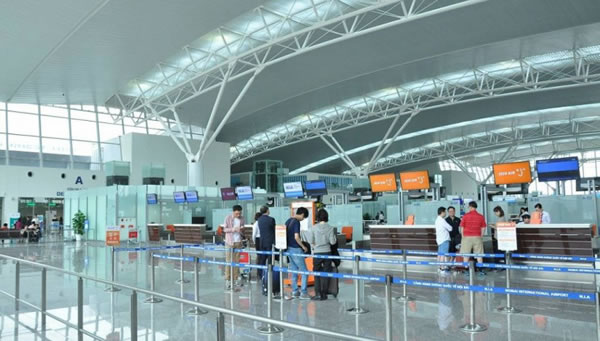 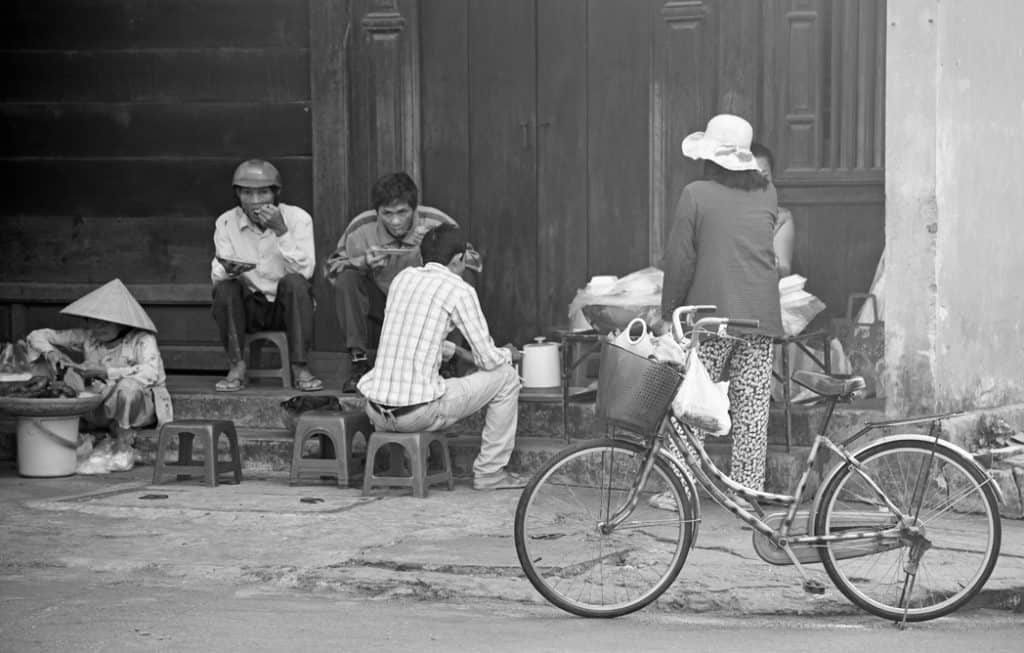 INTRIGUED BUT STILL HAVE QUESTIONS ABOUT TOURING VIETNAM?

Special conditions: Depending on airlines, hotels and cruises’ cancellation policies, the above conditions may be modified.